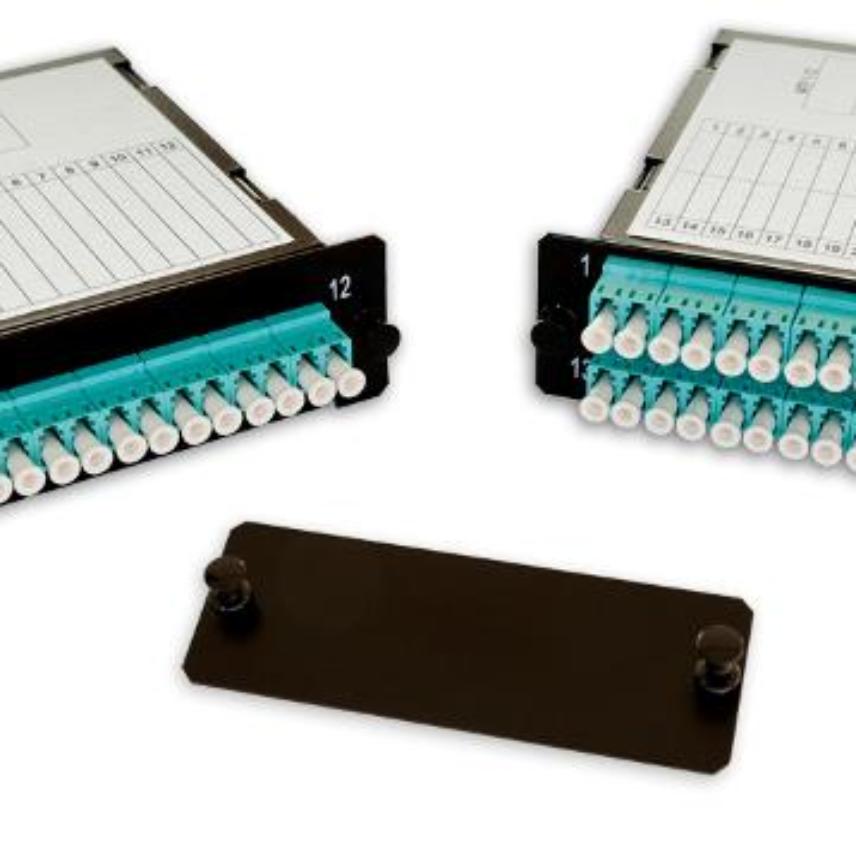 The central component is the pre-installed Plug&Play module. The MTP connector at the back of the module connects at once 12 fibres to the MTP-MTP Pre-Term. Inside the module the fibres are spread out towards the LC adaptors at the front.

Up to 4 Plug&Play modules can be installed quickly into the Plug&Play patch panel with push rivets. With these 4 modules a medium density of 48 LC or a high density of 96 LC connections within 1U can be achieved.

The wiring inside the module is straight. This allows to maintain polarity in the MPO-link together with the pair-wise fibre flip inside the MPO-MPO Pre-Term according to method C from standard TIA 568-B-1-7-2007.

Since all connectivity is factory installed and factory tested installation times are short for a quick deployment or for frequent changes.

* MTP is a trade name of US Conec

Select your country to find our products and solutions

Topics on which you wish to get more informations:

Thanks for contacting us. We will be in touch with you shortly.