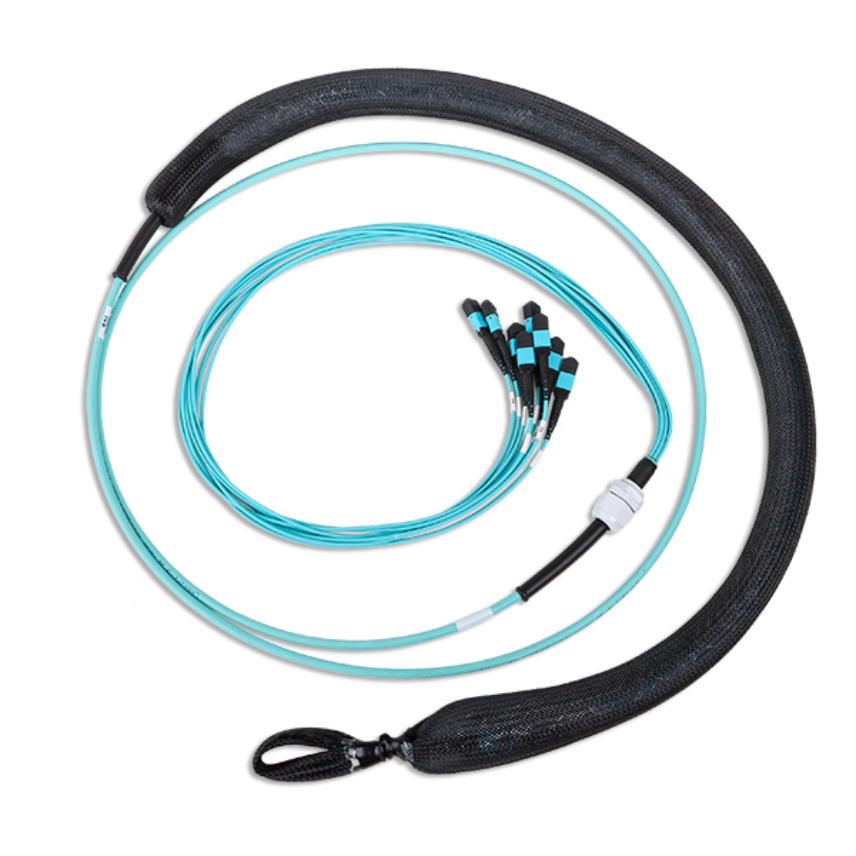 For a duplex transmission like for 10GBase-SR (10G) polarity in the channel is maintained with this method C design and the use of the same straight cassettes on both sides. In addition the same patch cords can be used on both sides.

For parallel optics for multimode like for 40GBase-SR4 (40G) these method C Pre-Terms can be used with key up/key down adaptors on one side of the channel and key up/key up adaptors on the other side. The same straight female-female patch cords can be used on both sides.